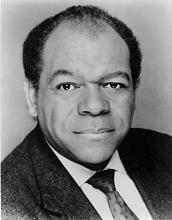 Tom Skinner was one of the most powerful messengers of the 20th century. Thousands of people have had their lives changed as a result of exposure to his unique message of hope, renewal, reconciliation, and personal motivation. Tom Skinner was born and raised in Harlem in the city of New York. As a former street gang leader, his life was radically transformed by the power of God. He brought a wealth of knowledge and experience to his teaching. He traveled the world over to counsel with leaders in government, business, sports and education. For over eight years, he served as the chaplain to the Washington Redskins football team. He also served as team motivator for the New York Yankees, the New York Giants, and the New York Jets. Unsatisfied with the injustice of the educational system, Tom established a high technology learning center which served over 300 inner city youth and adults in Newark, New Jersey. God's investment in Tom has born much fruit as people who were taught and inspired by him are now teaching others. Tom passed in June 1994. Yet, his legacy continues through the work of Skinner Leadership Institute, a ministry he co-founded with his wife Dr. Barbara Williams-Skinner; through his writings, video and audio messages; and through the lives of current, emerging, student and urban youth leaders who are making a positive difference in our world today.

- Adapted from the Skinner Leadership Institute