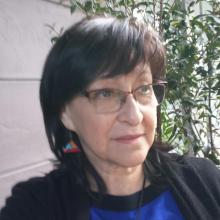 Lina was born in Bogotá, Colombia South America, where she studied in the Statistics Master degree program, at the National University of Colombia, and was a Professor of Statistics for 20 years. While still a university student she renewed her commitment to Jesus and served as National Advisor in the Christian University Student Ministry for 25 years.

Lina, her husband Wilson, and their three children Andrés, Adriana, and Denise have lived in the USA since 1996. Lina was a Professor of Languages and Cultures at Wheaton College for 15 years. Throughout this time, she also continued her ministry with college students joining InterVarsity Christian Fellowship where she has been a National Advisor for the past 25 years.

5 Tips for Leading a Latino Small Group
This resource will help you contextualize as you prepare to lead a Latino small group.
+ Add to Backpack